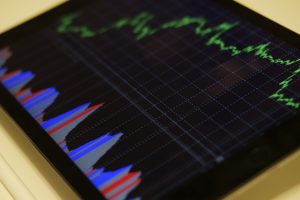 Ottawa – The City of Ottawa’s budget is balanced and there was a small overall surplus at the end of 2016, according to a Finance report comparing budget plans to actual expenditures, approved today at Finance and Economic Development Committee.

The strong year-end contrasts with the end of 2015, when the City had a shortfall of $41.8 million ─ one of the reasons for the reorganization of 2016, which streamlined City management and cut costs.

In 2016, there were some higher costs than budgeted, such as increased winter maintenance costs for snowstorms, administrative restructuring costs and tax remissions and rebates, resulting in an $8.2-million deficit on the tax-supported portion of the City Budget.

On the rate-supported side of the City’s finances, however, there was a $13.7-million surplus, created by greater than expected water consumption and lower maintenance expenditures as a result of fewer watermain breaks.

Overall, there is a $5.4-million surplus for 2016. The City’s operating budget, including police and library, totals $3.19 billion.

One of the major unexpected costs was the larger number of tax rebates and remissions, which occur when commercial, multi-residential property owners and homeowners appeal their property-tax assessments and tax rebates that are provided to property owners due to vacant units or property. These exceeded the budget by $26.4 million for 2016.

Finance Services is recommending that departmental deficits be covered through reserve accounts, such as the City-wide Reserve and that surpluses, in accordance with existing City by-laws and Council direction, be placed in reserve accounts. The City’s forecasted year-end reserves for 2017, including police, are estimated to total $280 million.

This report will be considered by City Council on April 12.

Finance and Economic Development Committee also received an update report on Ottawa’s two public markets. The City is investing in the ByWard and Parkdale markets through enhancement of public spaces, changing regulations to encourage the sale of more local goods and moving to a renewed markets governance model. The report also includes changes to the markets by-laws to designate market-stall locations and some additional permitted vendors.

The markets report will be considered by City Council on March 8.

Finally, the committee approved the sale of 1.26 acres of City property, the site of a former fire station, to the Boys and Girls Club of Ottawa. This community group has been using the building as a youth drop-in centre since the 1990s. The club has a $3-million plan to renovate and expand the building, adding a gym, dance studio and kitchen, among other things. This report will be considered by City Council on March 8.