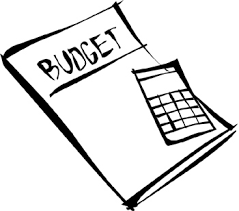 Ottawa  ̶  City Council today approved the budget for 2018, making this the fifth year in a row that kept the property-tax increase in Ottawa to two per cent or less.

Council received an update from City Treasurer Marian Simulik, with the latest tax revenue information for the year. The City expects it will end 2017 with a surplus, due in part to $10 million in greater than expected assessment growth. Council voted to use the $10 million to renew additional infrastructure, including streets, sidewalks, bike lanes and buildings. Council will approve the allocation of this spending in early 2018.

In total, the City will have an operating budget of $3.4 billion in 2018 and a capital budget of $739 million, including the additional $10 million in infrastructure funding approved by Council.

Among the highlights of the approved financial plan for 2018:

City Council also approved a four-per-cent Municipal Accommodation Tax on short-term overnight accommodations, including hotels, motels, inns, bed and breakfasts and online platforms, such as AirBnB. The tax revenue will be used to promote Ottawa as a top destination for tourists and to attract large events and conventions. The tax replaces the current voluntary three-per-cent Destination Marketing Fee, which has generated $8 to $9 million annually since 2004. Ottawa welcomes approximately 10 million visitors each year and is home to about 11,000 tourism related businesses, making tourism one of Ottawa’s largest economic generators. Council approved an amendment to the report, allowing small owner-occupied bed-and-breakfast residential facilities to apply for an exemption to the tax, as long as bookings are not managed by a home-sharing third party.

Council approved construction at 667 Bank Street, along with the necessary zoning amendments. The building is to include retail on the ground floor and four residential levels above. The site is in the Clemow Estate East Heritage Conservation District and is the only property in the district that fronts onto Bank Street – the Glebe’s traditional mainstreet.

City Council approved a zoning amendment for Southminster United Church at 1040 Bank Street, permitting redevelopment of the lands behind the church building. The existing assembly hall will be demolished and replaced with four townhouses and a six-storey, 14-unit apartment building.

Council approved the establishment of a Planning Advisory Committee that will address provincial government changes to the Planning Act. The Committee will include residents from across the city, representatives of community and business associations, as well as professionals from the development industry. The Committee will advise Council on matters such as the work plan for Planning, Infrastructure and Economic Development Department.

As well, Council received the strategy for Energy Evolution, a multi-year plan for renewable energy that aims to reduce energy use, increase renewable energy and advance local opportunities for economic development. The strategy outlines 33 initiatives for the City and community partners to undertake between 2017 and 2020, including establishing a fund to manage energy investments.