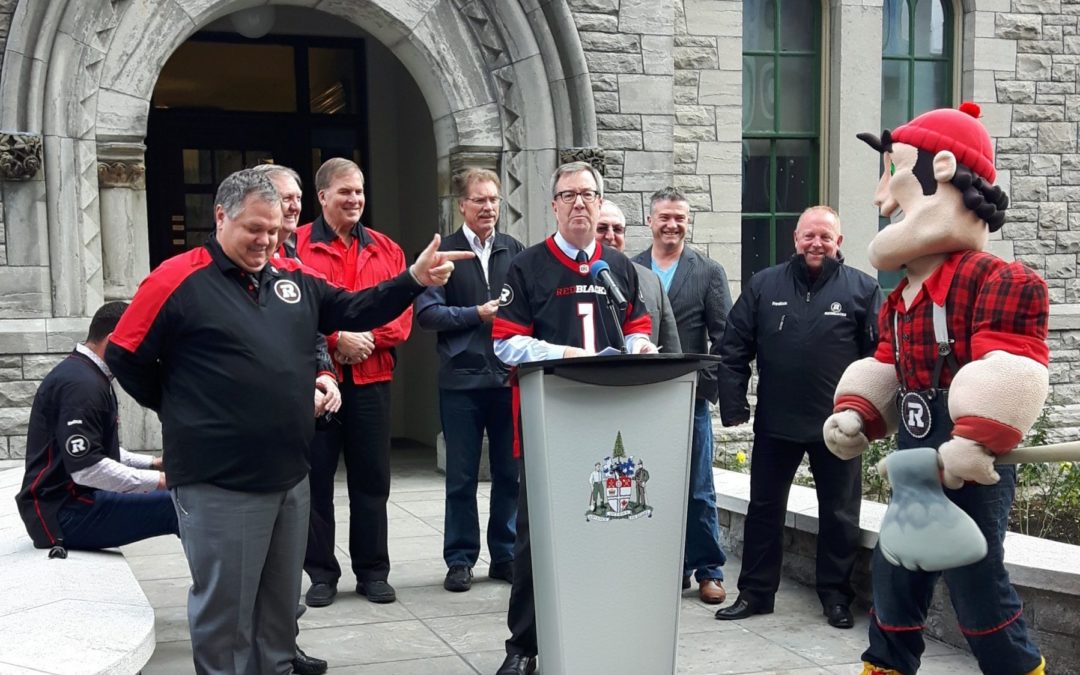 Ottawa – After a 40-year wait, the City of Ottawa is once again home to the Grey Cup Champions. Come celebrate the historic victory of your Ottawa REDBLACKS at a victory parade and rally tomorrow, Tuesday, November 29, rain or shine.

Parade departure: Bank Street and Pretoria Avenue
Time: noon
Fans are encouraged to walk along the parade route (using the sidewalks) to Lansdowne.

See the Grey Cup in all its glory and congratulate, in person, the players, coaches and team officials who brought it home to us. City officials, a marching band and professional DJ will be part of the celebration.

Parade route
The parade will commence at Bank Street and Pretoria Avenue (just south of the Queensway) and proceed south on Bank Street to Lansdowne. The parade is expected to take approximately 30 minutes to conclude at Aberdeen Square.

For more information on the celebration visit ottawaredlbacks.com.