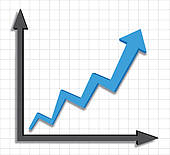 Ottawa  ̶  In the 2017 Annual Development Report, which was presented to the City’s Planning Committee today, City staff reported that Ottawa continues to have a strong economy with a healthy supply of jobs and general economic stability. The unemployment rate decreased 0.7 per cent to 5.6 per cent in 2017 – lower than both the six-per-cent provincial rate and the 7.3-per-cent national rate.

The Committee agreed to defer the City’s portion of development charges related to a one-million-square-foot warehouse planned at 5225/5371 Boundary Road, which will be occupied by Amazon. The charges are valued at $7.9 million and the developer, Broccolini Construction, would only pay the City after the facility is completed, in about one year.

The facility will create about 600 permanent full-time jobs, resulting in significant rural economic development on lands that the City identified as an area of opportunity in the 2016 Ottawa Employment Lands Review Final Report. Construction would also create more than 1,500 jobs involving more than 30 construction trades.

The City would also waive interest charges in exchange for the developer bringing services to the site, in particular extending water service, which the City committed to in the Official Plan. Extending these services to the area would otherwise cost between $8.4 million and $9.1 million, including gas ($4.7 million to $5 million), hydro ($1.2 million to $1.5 million) and water ($1.5 million), as well as roadway modifications ($1 million to $1.2 million), all of which would be required to support further economic development opportunities in the area.

The Committee also approved Official Plan and zoning amendments needed to develop 900 Albert Street with three high-rise towers on a three-storey podium. The amendments would increase the allowed height on the towers up to 65, 56 and 27 storeys.

The proposed mixed-use development is located about 50 metres south of Bayview Station, where the Confederation Line and Trillium Line meet. It would feature 1,241 residential units, along with 1,059 parking spaces in six levels of underground parking.

The project would establish a new public grade along Albert Street, effectively creating a complete street to allow for a friendlier pedestrian realm. An open plaza at City Centre Avenue and Albert Street, and active uses at grade along both Albert Street and the southern side would further enhance the public space.

The Committee approved a zoning amendment to allow using the former Rideau High School at 815 St. Laurent Boulevard as a community hub. Through the City’s Building Better Revitalized Neighbourhoods initiative, the community selected the site as part of the Vanier South-Overbrook Neighbourhood Revitalization Strategy. The 2018 Action Plan for that strategy calls for repurposing the existing building for community gatherings and as a space that could offer resident services and programs, social supports, cultural services, daycare, medical facilities and educational programs.

Although the Riverside South Community Design Plan was updated in 2016, new corridors have since been approved for the Leitrim Road realignment and the light-rail transit corridor. A broader update to the plan will be completed in 2019, to account for these transportation infrastructure changes. The Committee approved interim changes to the plan today to allow a new community centre and library to proceed in a timely manner. The changes move two parks and remove a planned park-and-ride facility that is no longer required.

Items approved at today’s Planning Committee meeting will go to Council on Wednesday, July 11, as is customary for the last Council before the summer recess.