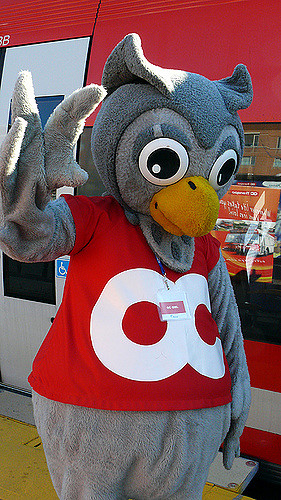 Ottawa – The shelves at the Ottawa Food Bank were stocked this weekend after another successful OC Transpo/Loblaw Christmas Food Drive. This year’s 32nd annual drive collected a total of 108,496 food and non-perishable items and $32,315 in cash and food vouchers.

“I would like to thank everyone involved in this year’s OC Transpo/Loblaw Christmas Food Drive – OC Transpo and City of Ottawa employees, our partners at Loblaw Companies Limited, the Ottawa Food Bank and the many volunteers and donors whose generosity has helped to make a better holiday season for those less fortunate in our city,” said Mayor Watson. “Our city and its residents have stepped up once again to show that we are a caring community.”

After a strong internal campaign at many City facilities, OC Transpo employees and their families, along with other volunteers, filled buses on Saturday, December 3, with food collected at participating Loblaws®, Real Canadian Superstore®, Your Independent Grocer®, and nofrills® locations. The OC Transpo/Loblaw Christmas Food Drive is a joint effort between OC Transpo, the City of Ottawa and local Loblaw banner stores.

“There are individuals and families living in our city who struggle to put a meal on the table, and it can be especially difficult during the holiday season,” said Councillor Stephen Blais, Chair of the City’s Transit Commission. “Through the support of the Ottawa Food Bank, this annual tradition of giving has been making a difference for more than three decades.”

“I want to thank everyone who donated or volunteered – OC Transpo, the City of Ottawa and Loblaw – for their ongoing commitment to this annual food drive,” said Michael Maidment, Executive Director of the Ottawa Food Bank. “This food drive continues to be the biggest single food drive for the Ottawa Food Bank. With this incredible support, we’re able to help Ottawa’s most vulnerable families and individuals move beyond hunger this holiday season.”

Saturday’s event was staffed by more than 600 City of Ottawa volunteers who, along with their families, gave their time to benefit others in the community. The Food Drive collects for four local food banks: the Ottawa Food Bank, the Family Service Association of Churches (FAMSAC) Food Cupboard located in Nepean, the Stittsville Food Bank and the Kanata Food Cupboard. Every month, 14 tons of food leaves the Ottawa Food Bank’s Michael Street warehouse. The Ottawa Food Bank provides 112 member agencies with supplies to feed over 41,500 people each month.

Donations to this year’s new virtual food drive will be accepted until December 31. Please visit the Ottawa Food Bank website for more information.