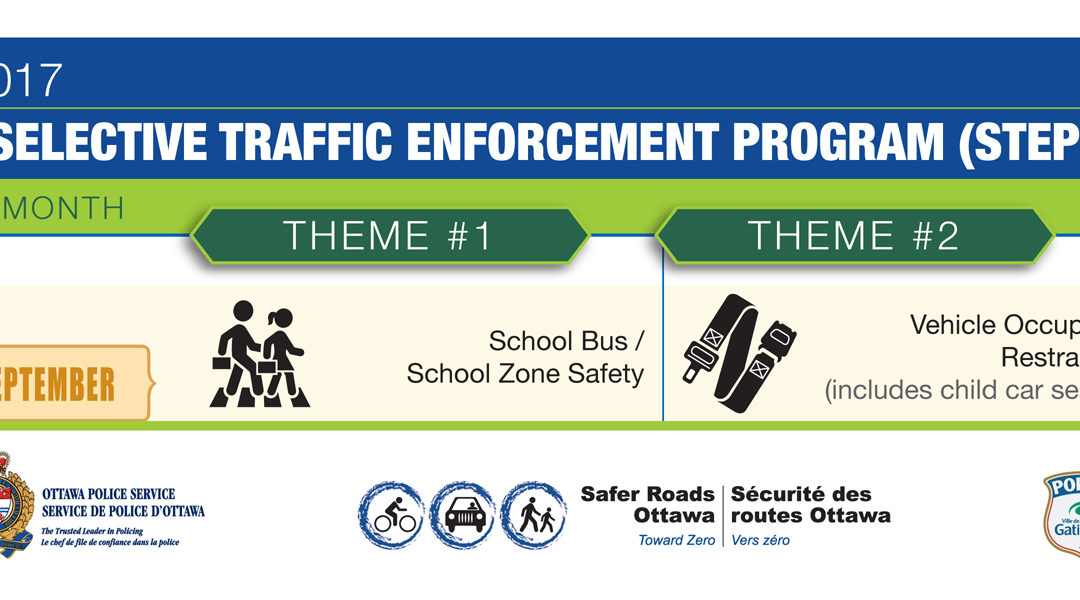 Between 2011 and 2015, there were 900 collisions resulting in 211 injuries involving school buses or occurring in school zones.

Between 2011 and 2015, there were 210 collisions due to the lack of or improper use of vehicle occupant restraints resulting in 13 fatalities and 221 injuries.

Transportation Services Department committed to preventing or eliminating road deaths and serious injuries for all people in the City of Ottawa, through culture change, community engagement, and development of a sustainable safe transportation environment.