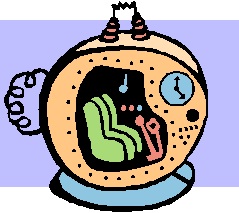 Ottawa – The Time Capsule Commemorating the 150th Anniversary of Canada will be entombed in the walls of City Hall by Mayor Watson and Members of Council following this year’s annual Heritage Day celebrations, Tuesday, February 20.

Heritage Day in Ottawa is an annual event that encourages residents to explore their local heritage, to get involved with stewardship and advocacy groups, and to visit museums, archives, and places of architectural significance. It is a chance to recognize the contributions of the many dedicated volunteers who promote heritage conservation and public education about the city’s history.

This year’s event will feature the Time Capsule Commemorating the 150th Anniversary of Canada, which includes artifacts from Ottawa and serves as a reminder to future generations of what it meant to live in Ottawa in 2017. Artifacts were collected from City Councillors throughout 2017 to represent themselves and their communities.

The capsule will be just one of many attractions on display. Volunteers and representatives from more than 45 organizations that celebrate or contribute to Ottawa’s heritage will be in attendance. These include City of Ottawa organizations such as: